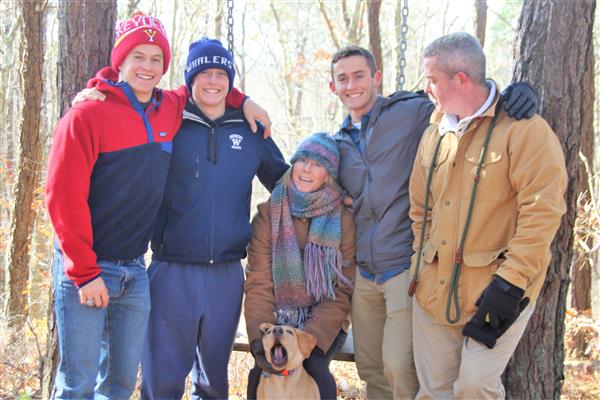 I grew up in the country in New York.  I received my Bachelor Degree in Government & Theatre from Franklin & Marshall with the plan of practicing Entertainment Law.  That plan changed when I met my husband and we decided to build a timber frame home on a large parcel of land slightly North of New York City.  Commuting for work to the city at three plus hours a day became a chore and in wanting to raise a family we looked to find a place to have less commute time and more family time - we found Nantucket.  While we only planned to stay for five years or so, we have been here for 20+ and have raised our three beautiful boys on this very special Island.  We feel lucky to have been able to immerse in such an amazing place.