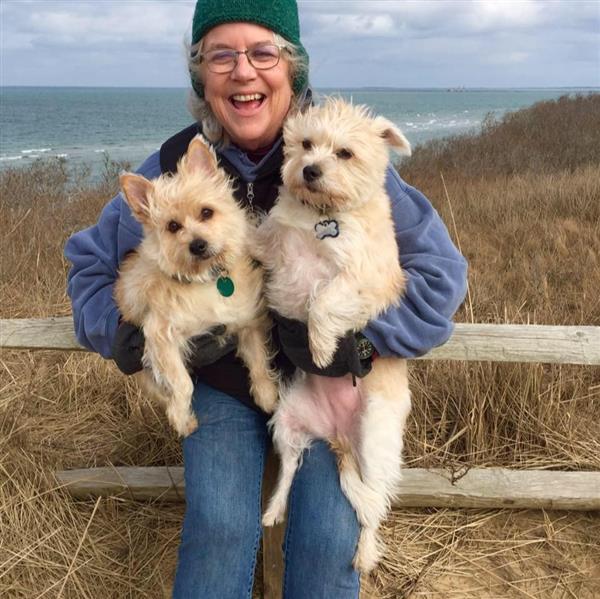 Susan Richards began working as an early childhood educator soon after completing her education at Ithaca College and Boston University in the mid-1970’s.  She helped create Needham Children’s Center and taught there for several years before moving to Vermont and becoming the founding director of Charlotte Children’s Center, just south of Burlington.  She then went on to combine her love of literacy with her early childhood background to become Children’s Librarian at Essex Free Library, going on to spending her final years in Vermont as a Child Care Referral Specialist at Child Care Resource.   After moving full-time to Nantucket in 2011, she quickly found a connection with the Community School and began her role as Family Education and Outreach Specialist in 2012. She also works several hours a week as the Humane Educator at the island animal shelter, NiSHA.    Susan lives out on the Madaket end of the island with her husband, Peter, 2 dogs and 2 cats and has an adult son, Parker, who is a Dartmouth graduate, and currently works as a journalist in Washington D.C.