I am married with 2 children. My wife, Mary, is an elementary school librarian. My oldest daughter, Bridget, graduated from Suffolk University with a degree in film. My youngest, Kathryn, is a senior in high school. We also have a student, Kenia, from El Salvador living with us. We have a beautiful golden retriever named Stella (you can see her in the picture).

I was born and raised in Lynn, Massachusetts and attended Lynn English High School. After high school I went to college at Bridgewater State (class of 1987), where I got a BA in Philosophy, with minors in History and Political Science. After graduating from BSC, I attended graduate school at Fitchburg State (class of 1990) where I received a Masters in Education in Special Education, with a specialization in Severe Special Needs.

I have been an avid table-top gamer since the 1970s. I enjoy playing a variety of games, including board games, family games, card games, role-playing, sports board games, historical simulations (board wargames). Last year, with the help of a few students, we started a Game Club. We met 2 days after school to play board games, card games, and video games. On Saturdays we met to play D&D. This year we hope to expand to participating in the MIAA ESports program and become one of Blizzard Entertainment's pilot high school programs. Currently, some of my favorite games are the Pandemic series of games, Police Precinct, Elder Sign, New Bedford, Diplomacy, History Maker Baseball, Soccer Blast, Defenders of the Realm, and Dice Masters. I also play some games on the computer (like World of Warcraft). I also enjoy video games (currently own a Wii, an XBox, and an old Nintendo).

Movies and television are also family favorite activities. Some of my favorite tv shows include Stranger Things and Doctor Who (have been a huge Doctor Who fan since the 1970s). I also enjoy watching a wide variety of films, from old black and white and silent to modern day special effects, from comedy to drama, and everything in between. My favorite films include the Lord of the Rings trilogy, the Indiana Jones films, the Matrix, and Patton.

Sports are also a big part of my life. I played soccer in high school and college, mostly sweeper (defense), but a little bit of every position. I spent one year as the assistant coach of the boy’s high school soccer team at Lynn English and 1 year as the assistant women's soccer coach at Wheaton College (Norton, MA). I was also the assistant women's basketball (4 years) and softball (1 year) coach. After moving to Nantucket, I spent 3 years as the high school girls’ basketball coach and, later on, 3 years as the assistant boys basketball coach. I love to watch sports on television, especially soccer and baseball, though recently hockey have taken more of my attention. I was lucky enough to attend the Men's Final Four in Atlanta in 2007 with my wife (who is a huge college basketball fan), the Men's Third and Fourth round games in Boston in 2009 with my whole family, and the Men's First and Second Round games in Worcester in 2005 with my wife. 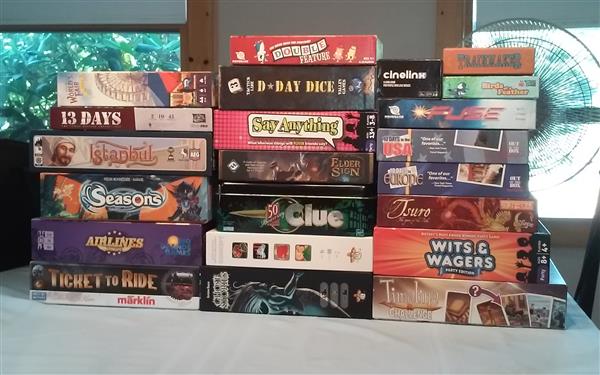